What is the Pribina Cub?

No more than 20 pilots may take part in the qualifying round. They are selected according to their current position in the IGC ranking, preferring the domestic pilots. According to the organizers, the best attraction of Grand Prix is the fact that all sailplanes have a device scanning its position and height in the real time, and therefore, it is possible to follow the competition on the internet in the surroundings similar to the Google Earth in 3D imaging with a live commentary in English.

This fact enables the promotion of the event in the public. The event is free for all who are interested in gliding, and they can enjoy the gliding of sailplanes over the region for several days.

Nitra, the right place for the Pribina Cup

Nitra is known as a great place for any aviation sport moreover, the climate and natural resources of Slovakia have made the country an ideal place for tourism and other sports, including flying.
In recent years, Slovakia has been one of the most frequent destinations for pilots of non-powered aircraft. Without the support of pilots, partners, and fans, Nitra and Slovakia would not become famous in this sport and could not even achieve the goal of organizing such an exciting and amazing event. 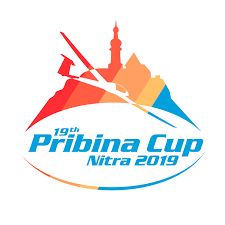